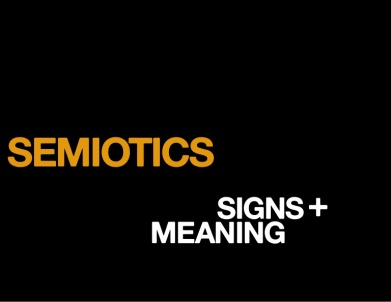 This brings us onto the final approach to theorizing citation indexing. This approach was termed by Chubin and Moitra (1975) as ‘phenomenological’ in that it looks at citing in terms of being a symbolic exchange. Small (1980) puts forward the idea that citations become markers or symbols which are indicative of theories, concepts, ideas or methods. Blaise Cronin has developed this approach in a more interesting way by looking at citations as both sign and symbol in his essay ‘Symbolic Capitalism’. Cronin (2005, 143) goes on to assert that a citation is a signaling device or action indicating that one is familiar with and have drawn upon a particular author and work. However, here Cronin once again places equal emphasis on the author and the work, meaning his semiotic approach draws more from structuralism than post-structuralism. The concept of the author becomes a regulating force over all future iterations of that text, meaning that the text can never be re-conceptualized leading to greater innovations having finally been released from the original hegemonic authorial context and given life of its own. Cronin is not alone in positing a semiotic symbolic relationship between texts. Wouters (1993, 7) suggests that citations act as two different signs, one that points back to the original text and one that refers to its own context. Warner (1990, 28) rejects this approach arguing that “the ambiguity of citation in aggregate form can be seen as a special case of the indeterminacy other written signifiers, such as words, can acquire when torn from their discursive context”. However, while there is some validity to this argument, Warner is still reliant on a citation being held within an original authoritative context. Cronin’s approach (2005, 156) is successful with regard to his focus on sign systems, arguing that “references and citations need to be unraveled in respect of their respective sign systems.” He (Cronin 2005, 159) goes on to suggest that this sign system is triadic in nature: “The referent of the bibliographic reference is a specific work; the referent of a citation the absent text that it denotes; in the case of large-scale citation counts, the referents are the cited authors.”

The problem with Cronin’s approach is that he views language from a structuralist perspective as is clearly evident from his triangular structure of language in which signs fall back upon an original context. But reference to Roland Bathes theory above demonstrates that signs do not necessarily operate in such a coherent direction. Rather, signs are dispersive entities that ripple out into the past, present and future thereby creating multiple contexts. They do not necessarily fold back upon the original text, but rather re-conceptualize that text pushing it into the future as a ‘new’ work. Baudrillard (1981, 150) would refer to Cronin’s sign system as the “mirage of the referent”. This essay supports Baudrillard’s concept of the sign becoming a kind of false referent that signals back to the original text. So, citations as signs do not really contain a past, rather, they only push past texts into a newly imagined future. In many ways, post-structuralism depicts citations as signs in terms of what Brian McHale (1987, 166) defined as heteroglossia, that is, “a plurality of discourse […] which serves as the vehicle for the confrontation and dialogue among world-views”. What this recognition must do, is destory any sense of hierarchy within the citation process. It can not only tear citing from their authorial and hierarchal structure, but it can also seriously undermine the normative approach that all theories appear to fall back into, nó longer allowing citations to be retained under a hegemonic capitalist scheme.

In conclusion, this paper has attempted to explicate the three main approaches to understanding and theorizing citation indexing. It has done this through a brief review of the literature available in the academic field. The suggestion is that citation indexing has become blinded to the hierarchy that now controls it. In this sense, Sosteric’s (1999) argument that hegemonic control over scholarship through the proliferation and globalization of citation practices in the wake of the technological revolution has well and truly been realized. This can be argued as we see scholars become blinded to the underlying capitalism that controls scholarly thinking by embedding scholarship within a fragmented and contradictory paradigm. Many scholars argue then for a more expansive theory through the interpretative, phenomenological, and semiotic approaches, but these become retained within authoritative contexts and ultimately collapse back into a normative approach. By identifying the persistence of an underlying capitalised structure, this essay has attempted to take a more holistic and ontological approach to the subject. It has also attempted to utilise some post-structuralist theory in order to develop the semiotic approach of Cronin. In doing so, this paper argues for the freeing up of Croin’s sign system to incorporate a more dispersed heterogenous theory that could ultimately create a freer, more authonomous citation system.

Baudrillard, J. (1981), For a Critique of the Political Economy of the Sign, London: Telos Press

Cronin, B. (2005), ‘Symbolic capitalism’, The Hand of Science: Academic writing and its rewards. Lanham, MD: Scarecrow.