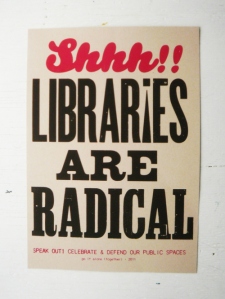 O’Brien from Orwell’s 1984 may seem like an unusual choice for a post on a fictional manager, but in many ways, O’Brien takes a Composite Approach to management in that he adopts key features of a variety of management styles and perverts these styles to extreme degrees in order to achieve total control over the minds of his employees.

O’Brien is manager of the History Department in Big Brother’s world. He instructs, organizes and manages employees in the re-writing of history so that all references to any revolutionizing strands within human civilization be erased from memory, thereby quashing any interest or tendency towards rebellion. Or in O’Brien’s own words, “who controls the present controls the past”. In the same way that O’Brien is perverting history, he is also exploiting some key concepts within management theory. Mahonee, Jardy and Carroll argue for three functions of managers in that they practice technical, people and conceptual skills. O’Brien does fit in to this model as a middle manager. He is technical in his exposition of linguistics in the re-writing of history; he acknowledges the importance of his interactions with people insofar as they are a threat to totality; and he also retains some conceptual skills in explaining to Winston that all history is essentially fiction, accepting of course that O’Brien is a product of Big Brother’s will.

O’Brien’s management style bends to a number of approaches that allow him a methodology for corrupting the minds of his employees. At the same time, he completely denies any approach that may lead to employees’ independent thinking. For example, the Scientific Approach to management seeks to eliminate the distrust that exists between managers and employees through establishing clear parameters and rates of pay. O’Brien acknowledges that there must be ultimate or supreme trust between himself and Winston, but can only see this happening if he can control Winston’s mind by deceiving him into a false rebellion and then torturing him for it.

The novel also asserts a deeply Administrative Approach in that O’Brien has extreme disciplined policies and rules, a unity of command and direction under Big Brother, organizational over personal interest in the abolition of free-thinking through the use of the thought-police, and centralization. At the same time the more human sides of the theory like equity and initiative are completely restricted by O’Brien, thus resulting in another perversion of the approach.

Added to this could be the psychology of the Behavioral Approach in which O’Brien uses Rose to motivate Winston into thoughts of rebellion. Not to mention the Scientific Approach in which he models specific outcomes prior to exposing Winston in order be sure of the final result of his experiment, resulting of course in the events of Room 101 in which Winston finally submits to O’Brien’s will.

Of course, there is a key failure in O’Brien’s style of management. The fact remains that while Winston succumbs to the power and authority of Big Brother, he also never betrays Rose. For budding managers out there, the lesson is that you can never completely control an employee irrespective of how minutely one manages every detail of a project. O’Brien’s management in this sense is a distortion of management theory itself.